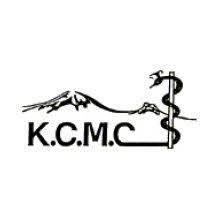 The Kilimanjaro Christian Medical Center (KCMC) is large hospital facility in Moshi, Tanzania, located near Mt. Kilimanjaro. Originally founded the Good Samaritan Foundation in 1971, it is operated by the Tanzanian Ministry of Health. The Government pays the salaries of the over 1000 Tanzanian staff members.

As a large referral hospital for over 11 million people, the facility sees hundreds of patients each day. As a result, the Department of Radiology also has an increased workload, especially in the ultrasound area.

The main language spoken at the hospital is Swahili. However, all of the medical personnel speak English, and the records are kept in English. English is the second language of the country, and it is taught in all of the schools.

Kilimanjaro Christian Medical Centre is located in the foothills of the snow capped, Mount Kilimanjaro, Tanzania. It was opened in March 1971 by the Good Samaritan Foundation, who planned and raised large funds to build and equip it. KCMC is a referral hospital for over 15 million people in Northern Tanzania. The hospital is a huge complex with 500-800 inpatients in 630 official beds, 90 canvas, 40 baby Incubators, 1852 students, 1300 staff and 1000 visitors and companions daily. KCMC is a university teaching hospital for Kilimanjaro Christian Medical University College (KCMUCO)